The State Futsal League holds its decider this weekend with South Perth taking on Rockingham Cambio Cumbre at the Pro Futsal Centre in Bibra Lake.

Here is the preview from the SFL:

And then there were two. The fourth and final week of an exhilarating finals campaign features the top two from the regular season.

South Perth, who finished second, and Rockingham, who came first, clash in a series not to be missed.

Cumbre defeated South Perth in both of their meetings in the regular season. However, South Perth came back from one down in a memorable semi-final series campaign to defeat Rockingham in three.

With both sides in good form, the grand final series should prove to be as captivating as their semi-finals clashes.

Will South Perth rise to the occasion and add a new name on the SFL trophy? Or, after so many heartaches in recent seasons, will Cumbre finally celebrate the final match of the season? 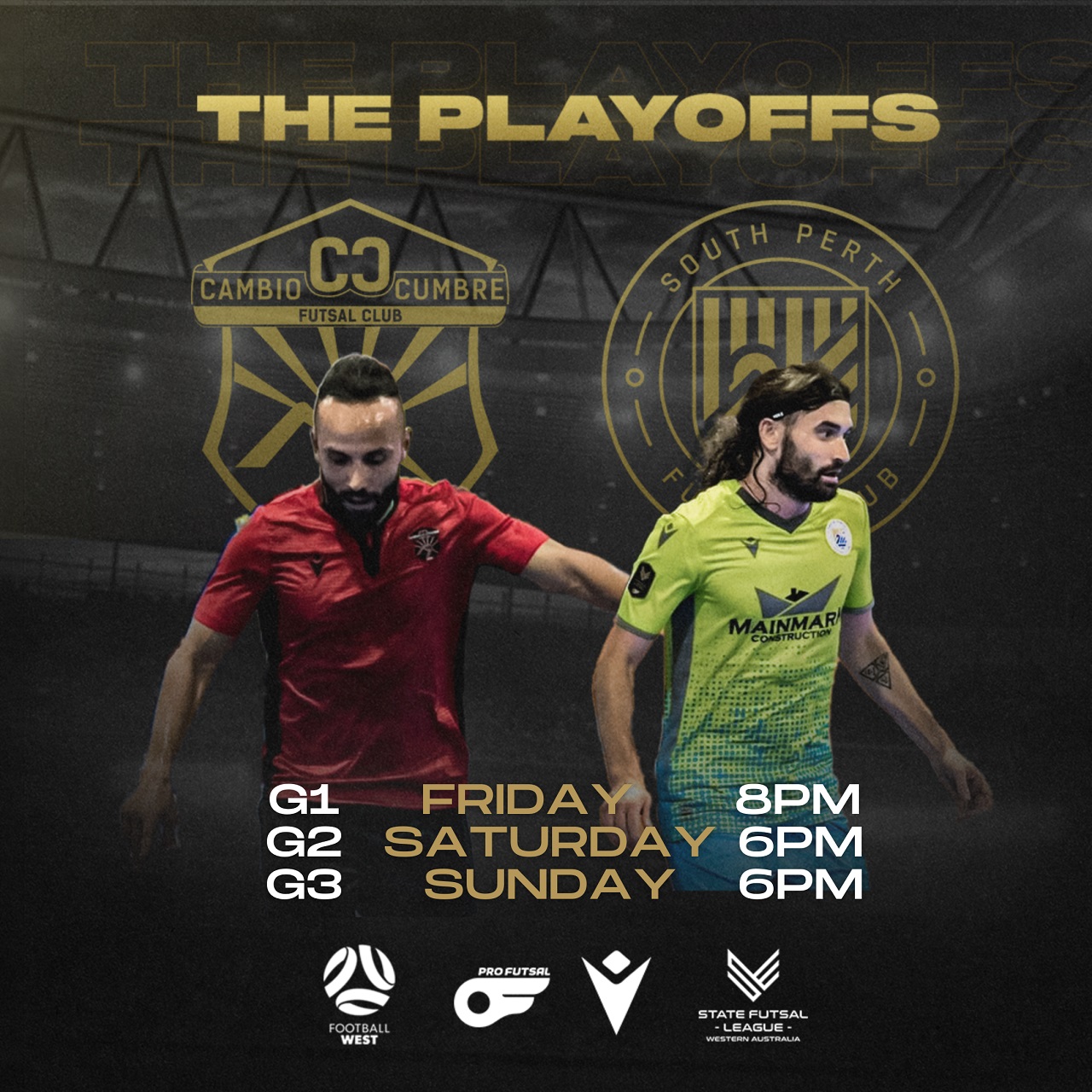