Matildas captain Sam Kerr was delighted after her team recorded a 2-1 win in their opening game of Tokyo 2020.

For the 27-year-old, victory over New Zealand is just the start of the team's Olympic plans.

"We feel good. First win in the tournament, just our first step in this journey, so to get the win was the most important thing today. It's a confidence booster," Kerr said.

Tameka Yallop found the back of the net first, after some clever play from Kyah Simon and Kerr.

The captain then headed home to double Australia's advantage and score her first goal in five games for the national team.

"I would have obviously liked to score more and put the game to bed a lot sooner but we controlled the game. We let them in at times but the most important thing was the win. When you score as a striker, you're always happy." 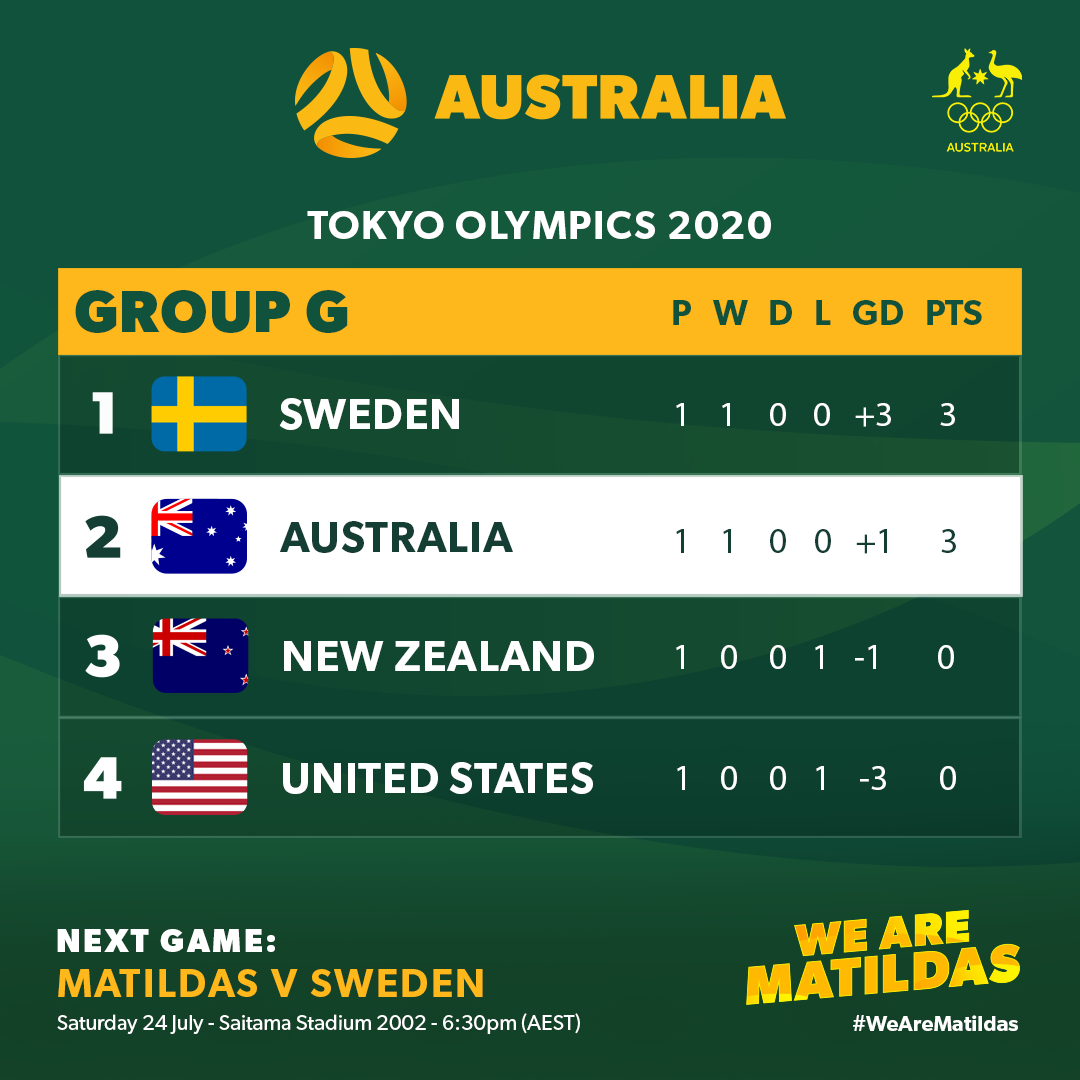 Kerr knows the three points her team has collected have put them in a good position ahead of their clash with Sweden.

"It's such an even game now [women's football]. Anyone in the top 20 can beat anyone, so there's no one safe here, especially at the Olympics when it's a fast tournament."

While the focus is on Tokyo for now, Australia has plenty of reason to celebrate with an Olympics on home soil in the near future after Brisbane was announced as the host for 2032 Olympic Games.

Like many of the Matildas, Kerr knows how influential a home Games can be on the next generation.

"I remember when I was a young kid watching the Sydney 2000 Olympics and what that did for me as a kid, so hopefully we can replicate that again in Brisbane."

The Matildas play Sweden on Saturday, July 24 with kick-off at 4.30pm WST.