The tournament is under 600 days away and the much-anticipated match schedule for the ninth edition of the tournament has now been confirmed.

FIFA today announced the 64-fixture match schedule which will feature 32-teams for the first time in the tournament jointly hosted by Australia and New Zealand.

Football Australia is pleased to have secured 35 of the 64 matches in Australia, including 11 of 16 knock-out stage matches.

The matches scheduled for Australia will comprise of 24 Group Stage matches, six Round of 16 matches, two Quarter Final matches, one Semi Final match, one Third Place Play-Off match and the Final to be played at Stadium Australia in Sydney / Gadigal.

In great news for Australian fans, the Matildas will play all matches in Australia throughout the FIFA Women’s World Cup Australia and New Zealand 2023 campaign. 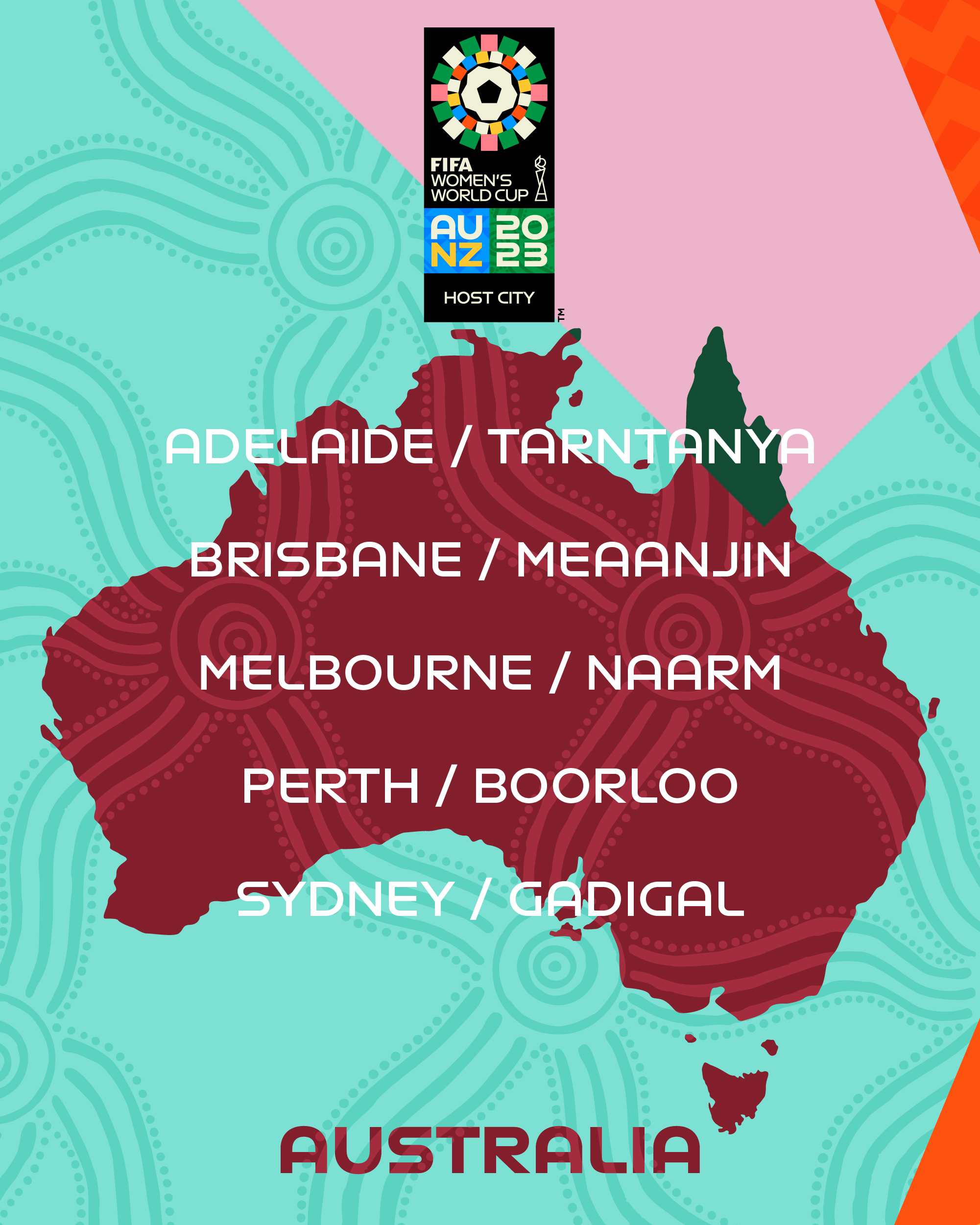 The Opening Match and Opening Ceremony for the first-ever co-hosted women’s tournament will take place on 20 July at New Zealand’s Eden Park in Auckland/Tāmaki Makaurau. Meanwhile, on the same day, the Matildas will kick off their FIFA Women’s World Cup Australia and New Zealand 2023 campaign at the brand-new Sydney Football Stadium. Stadium Australia in Sydney/Gadigal has been selected to host the Final a month later, on 20 August.

The tournament will be played in nine Host Cities and ten stadiums in both Australia and New Zealand.

Group A’s Opening Match at Eden Park, Auckland/Tāmaki Makaurau will see New Zealand’s Football Ferns take to the pitch, before Australia’s Matildas enter the tournament in Group B at the Sydney Football Stadium.

Australia will host six Group Stage fixtures at the Sydney Football Stadium, with Perth/Boorloo and Brisbane/Meaanjin both hosting five and a further four each in Melbourne/Naarm and Adelaide/Tarntanya. 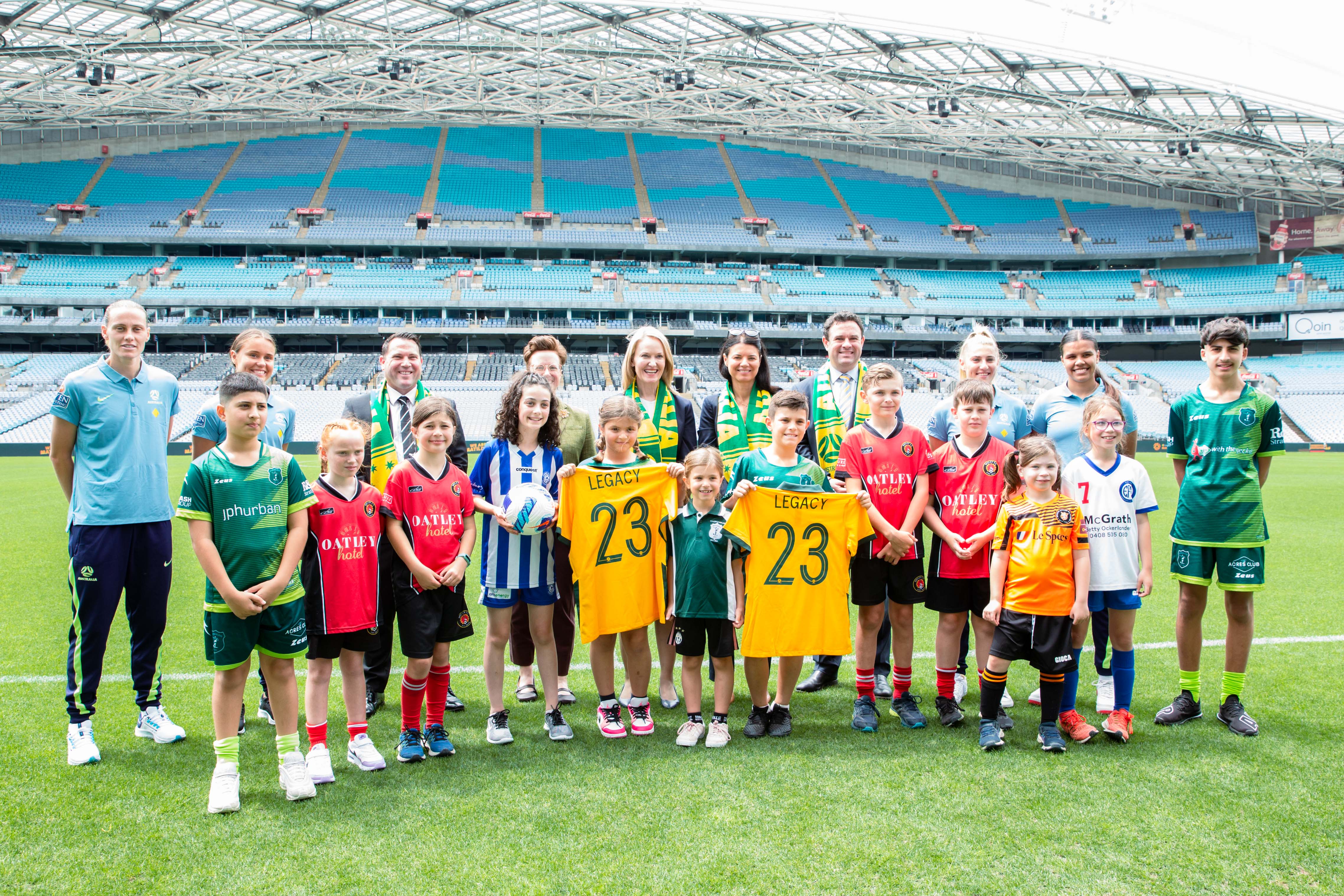 The Quarter-Finals are split between the two Hosts Nations with matches in Auckland/Tāmaki Makaurau, Brisbane/Meaanjin, Wellington/Te Whanganui-a-Tara and Stadium Australia in Sydney/Gadigal.

Both Australia and New Zealand will also host one Semi-Final each at Stadium Australia and Eden Park, while the match for third place will occur at Brisbane Stadium, Australia.

“This morning’s release of the Official Match Schedule is another important milestone as we approach the FIFA Women’s World Cup Australia and New Zealand 2023.

We are very pleased with the match schedule from many perspectives.  It has delivered Australia a higher split of matches with 35 of a possible 64 matches being played across the five Australian host cities and includes a Matildas match on the opening day at the new Sydney Football Stadium, and the FIFA Women’s World Cup 2023 Final at Stadium Australia.  It also guarantees that the Matildas will play all their matches in Australia, an important factor in the team’s preparation and for our fans.”

“The tournament will embody the nation’s passion for women’s football and provide Australians with the opportunity to watch, and be inspired by, the best footballers in the world,” Minister Colbeck said.

It is a great privilege for Australia to host 35 matches, including the Final – a sporting showcase that will reinforce our growing reputation as a major events host.”

The pairings and kick-off times for each fixture will be available after the draw, which will be confirmed at a later stage.

Further information on the FIFA Women’s World Cup Australia and New Zealand 2023  can be found here.