Football West is delighted to reveal the kit which the Jambinu women’s team will wear at the First Nations Indigenous Football Cup tournament later this year.

The strip has been designed by Mid West artist Tracey Green and will be worn by the players at the annual tournament in Moreton Bay, Queensland, in November.

The theme behind the artwork is the 2020 NAIDOC Week message of “Always Was, Always Will Be” which recognises that First Nations peoples have occupied and cared for this continent for over 65,000 years. It also recognises that the current generation will continue the process – the Jambinu team motto is “Respect Yourself, Respect Your Culture”.

Football West Chief Football Officer Jamie Harnwell said: “Congratulations to Tracey on a terrific design which will hopefully inspire the team to success at the tournament.”

Football West has teamed up with the Geraldton Sporting Aboriginal Corporation to provide the opportunity for Indigenous female players from WA to partake in the competition. The majority of the team will be from the Mid West, with players from Perth and the Kimberley invited to join.

Geraldton-based Martin Hall has been appointed as the team’s head coach, with Dr Divine Verbe Njokah his assistant coach. Both travelled with the team when they last took part in the tournament two years ago. GSAC Executive Officer Adrian Bartlett and Football West Community Participation Officer Tanya Amazzini will also travel.

The GSAC and Football West would like to recognise the Midwest Ports Authority and Bendigo Bank, who have awarded grants to the value of $5,000 which will help send the team to Moreton Bay. 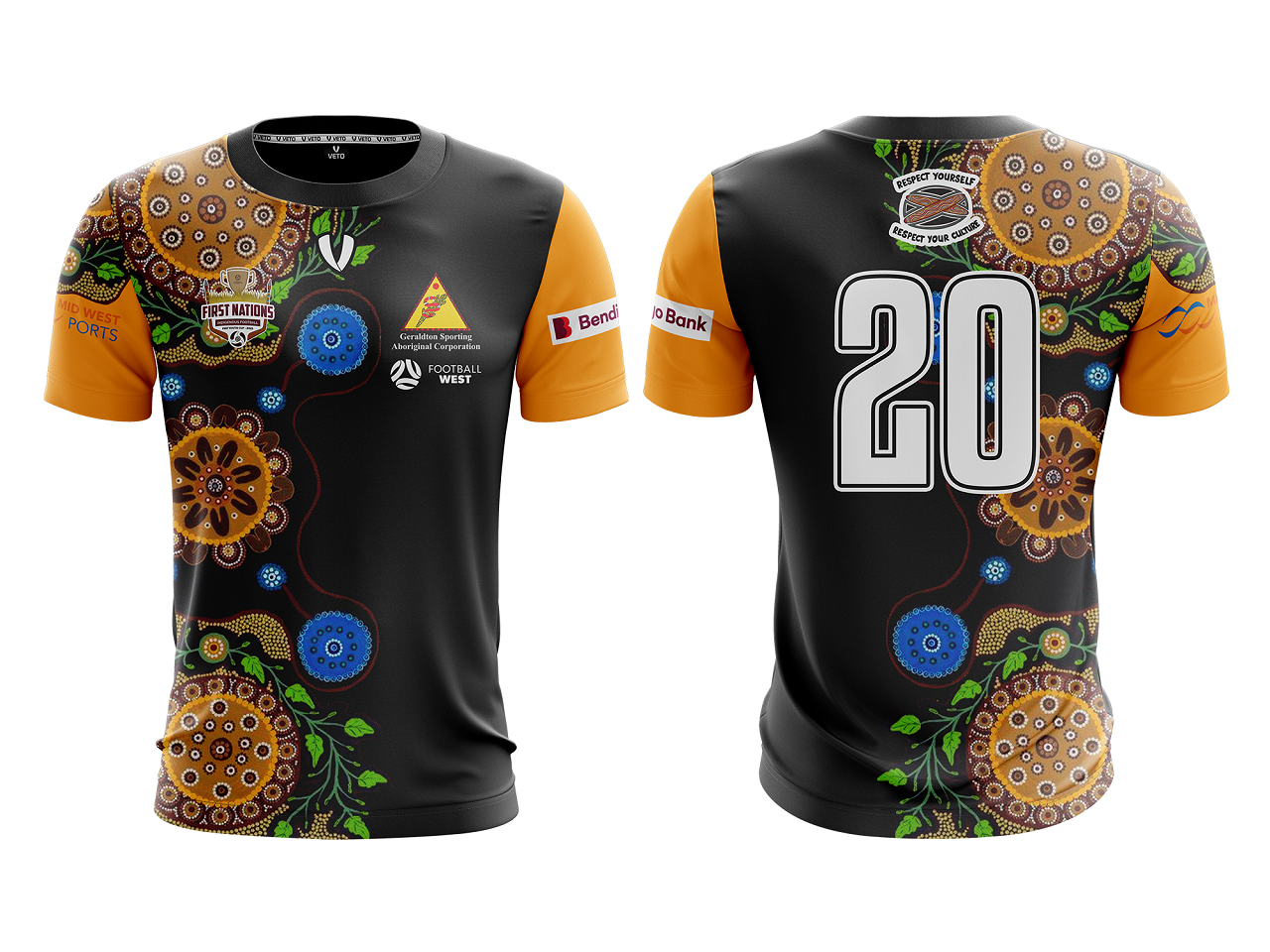