The Matildas came up against world number five ranked Sweden on Saturday, going down 4-2 in an edge-of-your-seat battle.

Coach Tony Gustavsson and Matildas' forward Kyah Simon spoke to Tokyo 2020 media about the team's performance and the positives that can be taken away ahead of their next match up with the US.

"It would've been an entertaining game to watch, but not so entertaining to lose, especially when you perform that well," Gustavsson said of the game.

"I brought the players together in the circle afterwards and said, don't let this loss blind you of your performance. With the help of our analyst afterwards all of the stats said that we should have won the game with the amount of chances we created.

"The first hour, things were close to perfect, we had one chance and we scored in that one and the other thing I'm really proud of is how the players bounced back from short-term setbacks. 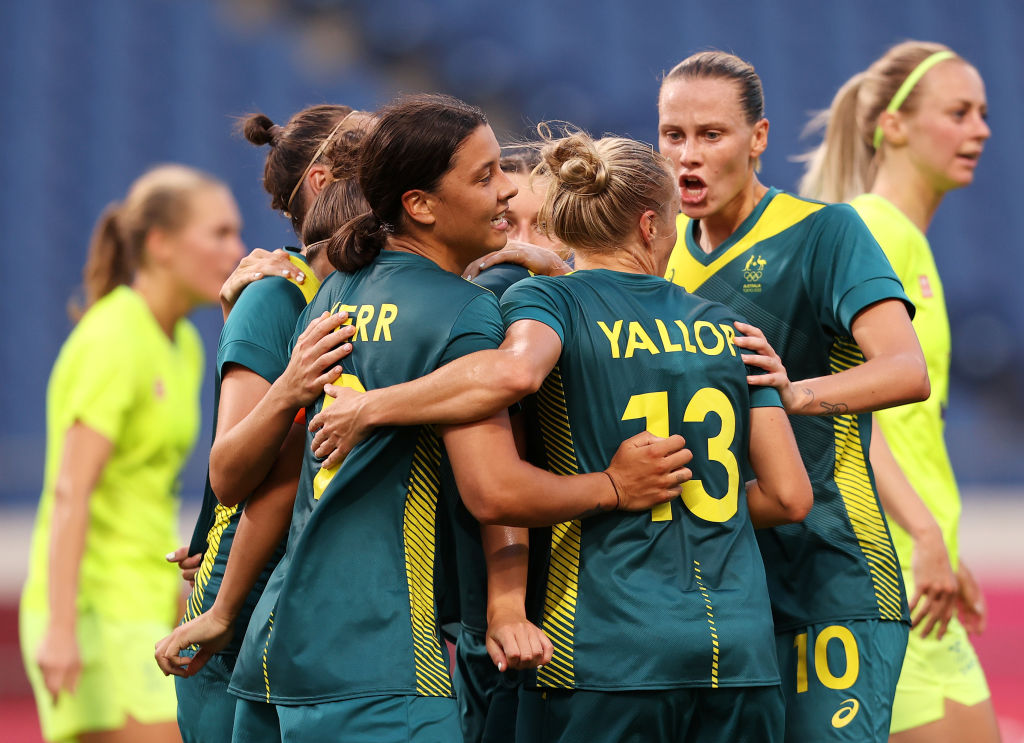 "When Sweden scored, they brushed that off and went into performance again and scored 1-1, coming back into the second half we scored 2-1 and then unfortunately, we had a bad period of about 10 minutes of football coupled with low energy and Sweden amped up their game and the score went 2-2 then 3-2, but again, I think the players responded phenomenally, to get back into the game and create the PK."

Skipper Sam Kerr scored both of Australia's goals but the West Australian then had a penalty saved with the score at 3-2.

"Unfortunately, it was a good save on the PK but I'm extremely proud about the player's performances tonight and I said to them, if we're gonna lose, we're gonna lose our way," Gustavsson said.

"Everyone was talking to me before this game saying, 'You haven't won against Sweden for decades and you haven't beaten any European teams and all these things that they kept throwing at us, but you look at the girls and what they did when they went out to the park tonight."

"Sweden dominated the US in the opening game and then we dominated them and the attacking-minded confidence that they played with I'm really proud of the confidence and belief in this team because we're showing that we're on the right track.

"I'm not trying here to sit here and be more positive than I should be, because I'm really disappointed that we didn't take a point at least, but I am proud of the performance and I want the players to see that as well."

When speaking about how the players reacted to the defeat after such a promising performance, Simon, who provided an assist in the match, said the team were understandably disappointed.

"We're obviously disappointed that we didn't get something out of the game. I think we truly believe that we had it an arm's reach away and we deserved more out of the game than what we did get, but on the flip side, I'm so proud of the team and how we went out there tonight, we took it to one of the best teams in the world," Simon said.

"We definitely showed our style of play, we showed our grit, our heart, we fought for each other and I'm really proud to be a part of this team.

"Like I said, the result is disappointing but at the same time, we can hold our heads high knowing that we left it all out on the field and they were just a little bit more clinical in the final third but at the end of the day, the scoreline doesn't show a true representation of how the game actually went." 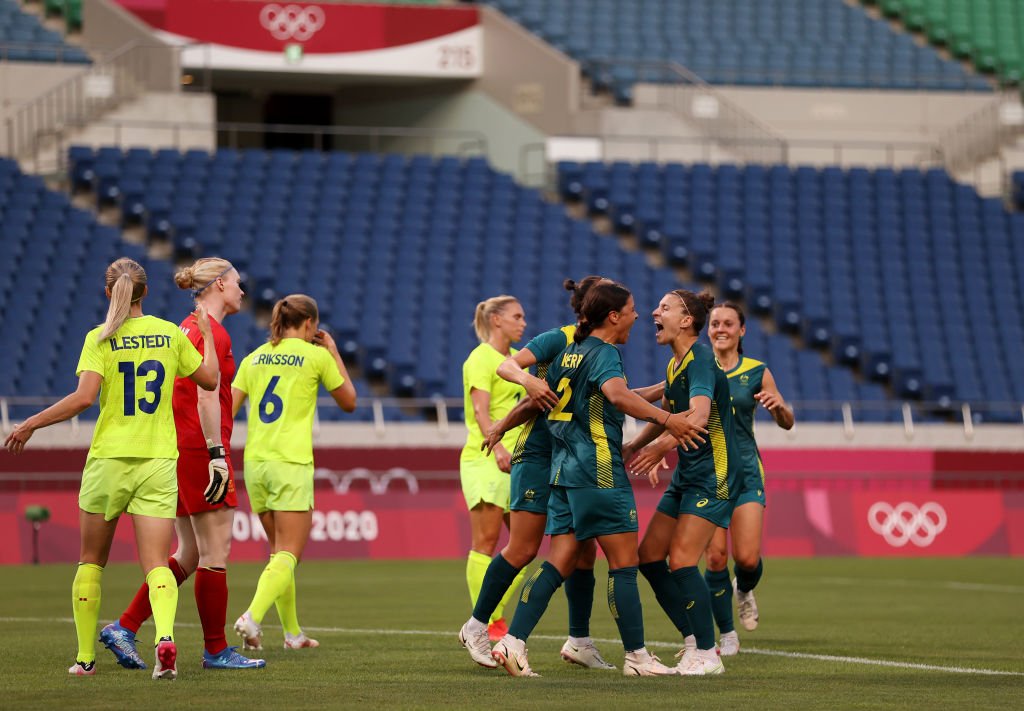 Simon was asked whether the Matildas having a stronger result against Sweden than the US did, gives them confidence going into their match against the US next week.

"I think there's a lot of positives to take from this, obviously, Sweden dominated the US in the first game, 3-0, and for us to go out there and dominate most of the game against such a quality side in Sweden, I think we can take some confidence," she said.

"That's not to discount the quality that the US have, because they do have quality, but I think we can definitely say that we've built on the first game into the second game, and hopefully, we can continue to build on that into the third game against the US."

Coach Gustavsson also added his thoughts on the upcoming match against the world ranked number one.

"It starts with ourselves, we need to believe in each other and believe in what we're doing and who we are and I think we showed in both of these opening games, that we are very true to who we are as a team," he said.

"We're ready to play our best with the crest on our chest and leave it all out there."