The Gold Fields WA State Team ensured Perth Glory's first outing as they build towards the start of the 2021/22 A-League Men's season ended in a 1-0 defeat at Percy Doyle Reserve on Saturday.

Perth SC midfielder Kristian Santich scored the only goal, seven from the end.

Glory, who announced the signing of England international Daniel Sturridge on Friday, had a strong starting XI, with the likes of Andy Keogh, Brandon O’Neill, Jonathan Aspropotamitis, Pacifique Niyongabire and Daniel Stynes all in the line-up.

And they should have taken the lead after substitute Joshua Anasmo was felled in the box 15 minutes from time. However, Gio Colli’s penalty was well saved by Johnny Perkins and the ECU Joondalup keeper then did well to keep out Ciaran Bramwell’s follow-up.

Instead it was the WA State side who found the breakthrough on 83 minutes when a loose ball in the box fell to Santich and the team captain smashed the ball past Cameron Cook for the only goal. 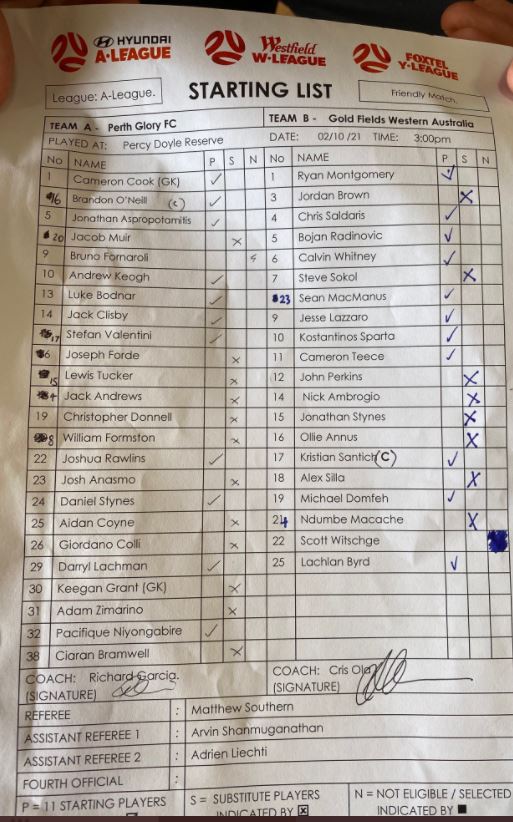 - Football West would like to acknowledge our partner Gold Fields, which is the name sponsor of all of our State teams.