Football West is delighted to confirm the selections for the Gold Fields Boys State U14 and U15 teams.

The players were picked following a comprehensive trial process, which attracted over 300 hopefuls. 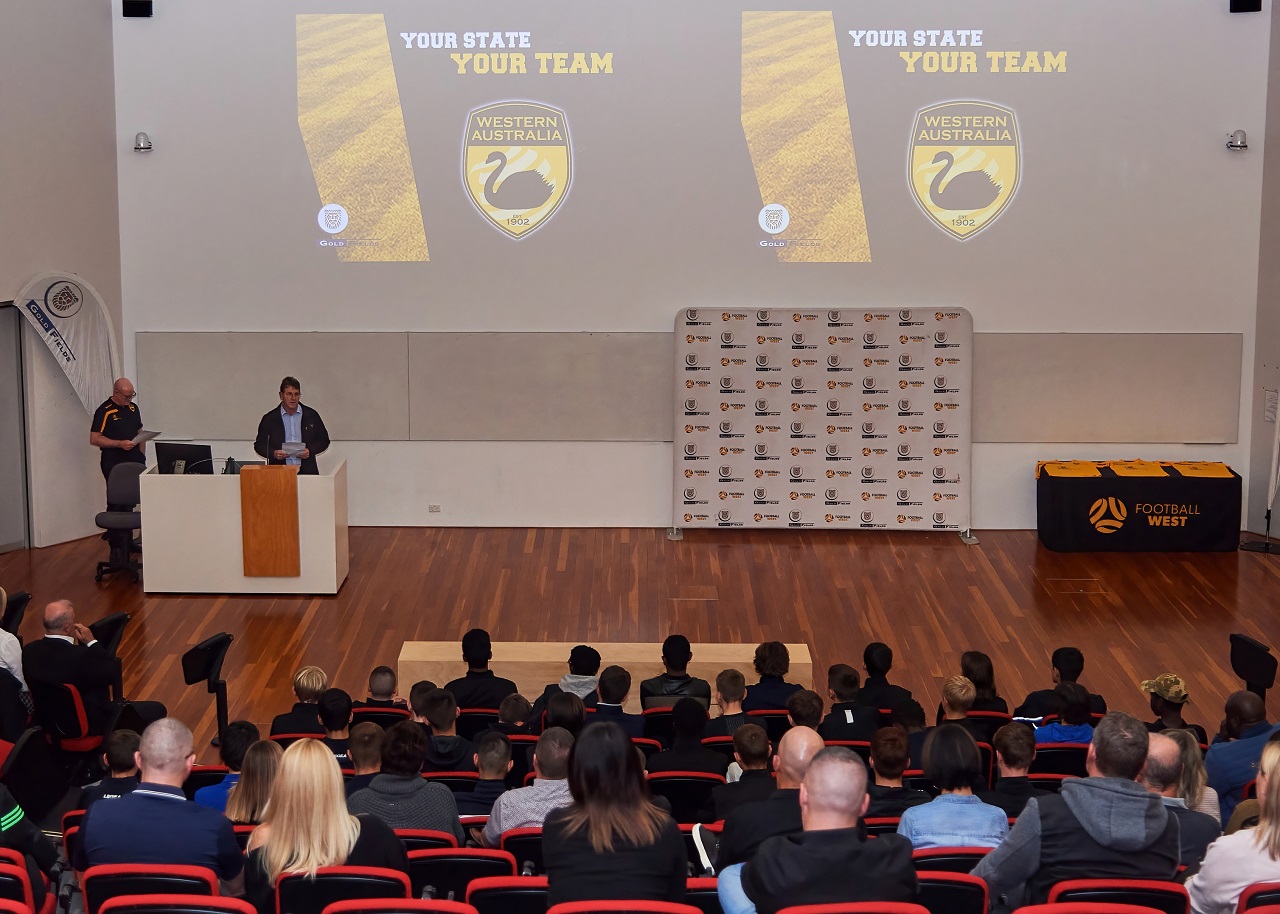 The two teams will now prepare for the National Youth Championships, which will take place at Coffs Harbour in NSW in September.

The players were presented with their State shirts at an official ceremony at Edith Cowan University last Friday.

Football West Football Development Officer Gareth Naven said: “Congratulations to both sets of players on their selection, they have come through stiff competition to earn their spots.

“There is still a lot of hard work ahead to ensure we are fully prepared for the National Youth Championships.”

Mining giant Gold Fields is the name sponsor of all of Football West’s State teams.