FIFA this morning confirmed its 64-match schedule for the 2023 Women’s World Cup, which will be jointly hosted by Australia and New Zealand.

Perth will be one of nine host cities across the two nations, with games to be held at Perth Rectangular Stadium on the following dates:

Football West CEO James Curtis said: “This is a real cause for celebration and is something the whole of the WA community will get behind.

“To have five games across four different groups, with nine teams from across the world playing in our backyard, shows the growth of the world game in WA.

“With already record level growth of female footballers in WA, this tournament will inspire all parts of the community and ensure a legacy is created for years to come.

“This is also reward for a lot of people in WA football, government, Football Australia and elsewhere who have put in the hard yards to bring the event to Perth. It’s no secret that there was a possibility we could have missed out altogether – instead, we have five matches involving some of the best teams in the world.”

Football West Chairman Sherif Andrawes said: “What an opportunity to showcase Western Australia and Perth to the rest of the globe.

“The millions of dollars’ worth of improvements the State Government is undertaking at Perth Rectangular Stadium will make the already iconic stadium even more impressive. And we know that the increased investment from all parts of the community will ensure benefits for players, coaches, officials and volunteers, including improved facilities at our community level.”

Football West Manager – Female Football and Advocacy Sarah Du Plessis said: “We are delighted to have five games with some of the top female athletes in world sport coming to our doorstep.

“I regularly speak with a lot of the younger players, both at elite and community level, and they are all excited about the Women’s World Cup. This news will just increase the anticipation. We are counting down the days to kick-off!”

Two years ago this week, Premier Mark McGowan threw the WA Government’s support behind the Australia-New Zealand bid. Today he said: “This will be one of the biggest series of football matches WA has ever hosted, with over a billion viewers across the world tuning into the last tournament.

“The benefits to Western Australia range from the major economic boost to inspiring young players throughout the state to get involved in sport.”

Sport and Recreation Minister Tony Buti said: “This is arguably the third biggest sporting event in the world, and the biggest women’s sporting event on the planet.

“It’s another incredible opportunity to show that Perth has the calibre to host international-standard events at our world class venues.

“To secure five games is a fantastic result, and I have no doubt that WA’s rapidly increasing appetite for football will continue to surge over the next 18 months.

“Female football is one of the fastest-growing sports in the country. The ripple effect from hosting the tournament will be long lasting and will inspire grassroots players across WA, enhancing the sport at all levels.” 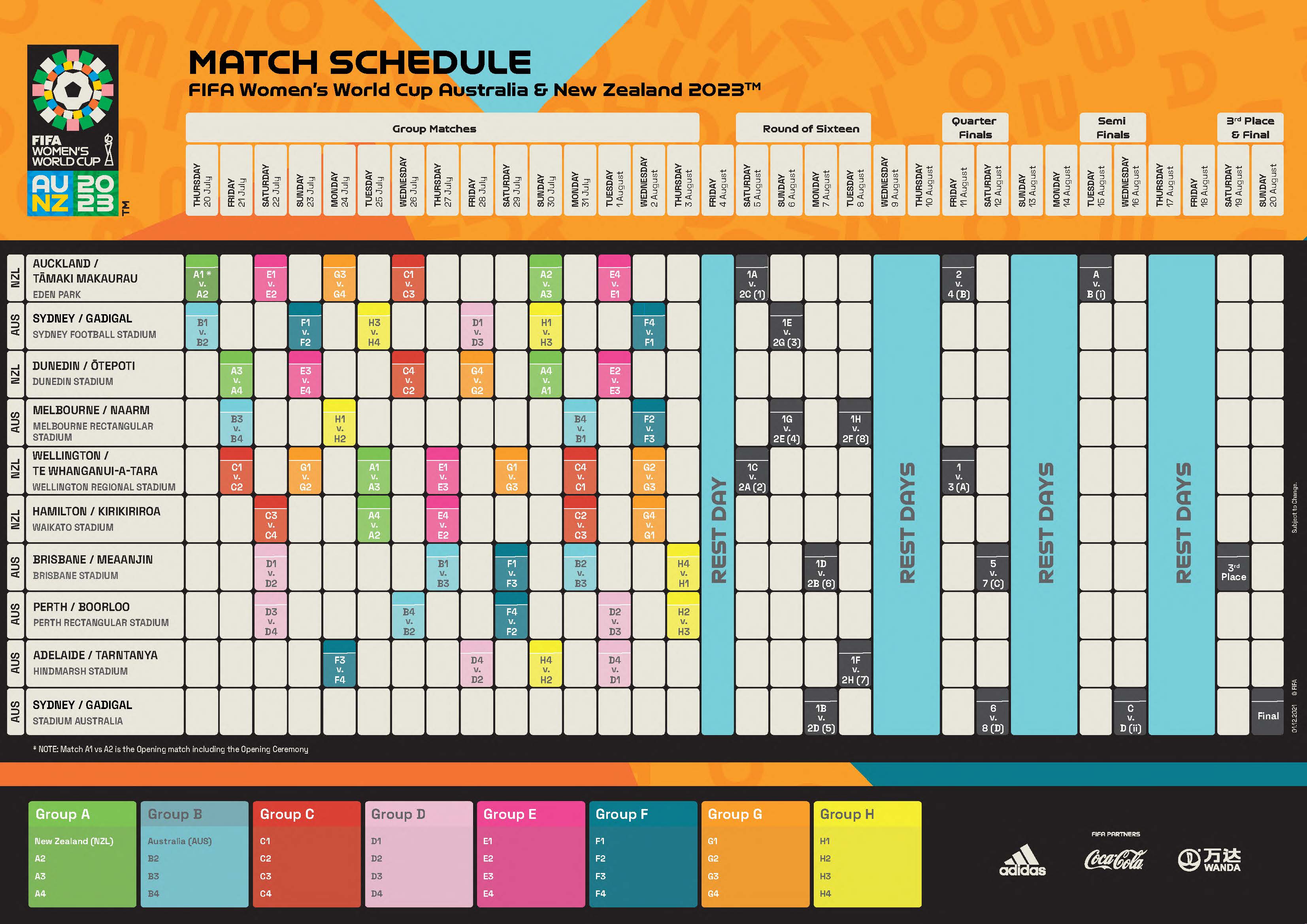 As well as the five group matches at Perth Rectangular Stadium, other facilities in the city will be used for teams to train and prepare.

The pairings and kick-off times for each fixture will be available after the draw, which will be confirmed by FIFA at the end of 2022 once qualifying is complete. Australia and New Zealand are guaranteed a place at the 2023 World Cup as hosts.

It is anticipated the tournament will deliver millions of dollars of economic benefits to Western Australia and will showcase the state on television screens around the world.

A range of upgrades to Perth Rectangular Stadium are now underway so the facility meets FIFA requirements for the upcoming World Cup, as well as providing benefits for future events.

The $35 million upgrade to the historic venue includes:

The funding will also cover temporary infrastructure such as additional seating and facilities for players, media and patrons to cater for the World Cup.

Tourism Minister David Templeman said: “It is absolutely wonderful to hear that Perth will host five matches as part of the 2023 FIFA Women’s World Cup event.

“Perth has so much to offer visiting athletes, officials and fans, including a range of accommodation choices, spectacular natural surroundings and huge choice of exciting experiences.

“During these five matches, all eyes will be on Western Australia and Perth as a host city for this landmark event.”