ECU join Floreat in FFA Cup national Round of 32

ECU Joondalup have joined Floreat Athena in the FFA Cup national Round of 32.

The Jacks secured their place with a 1-0 win at Sorrento in the WA semi-final at Percy Doyle Reserve on Wednesday night. Danny Hodgson scored the only goal on 57 minutes.

Football West's two representatives at the national stage of the FFA Cup will also now meet in the State Cup final on Saturday 17 July. 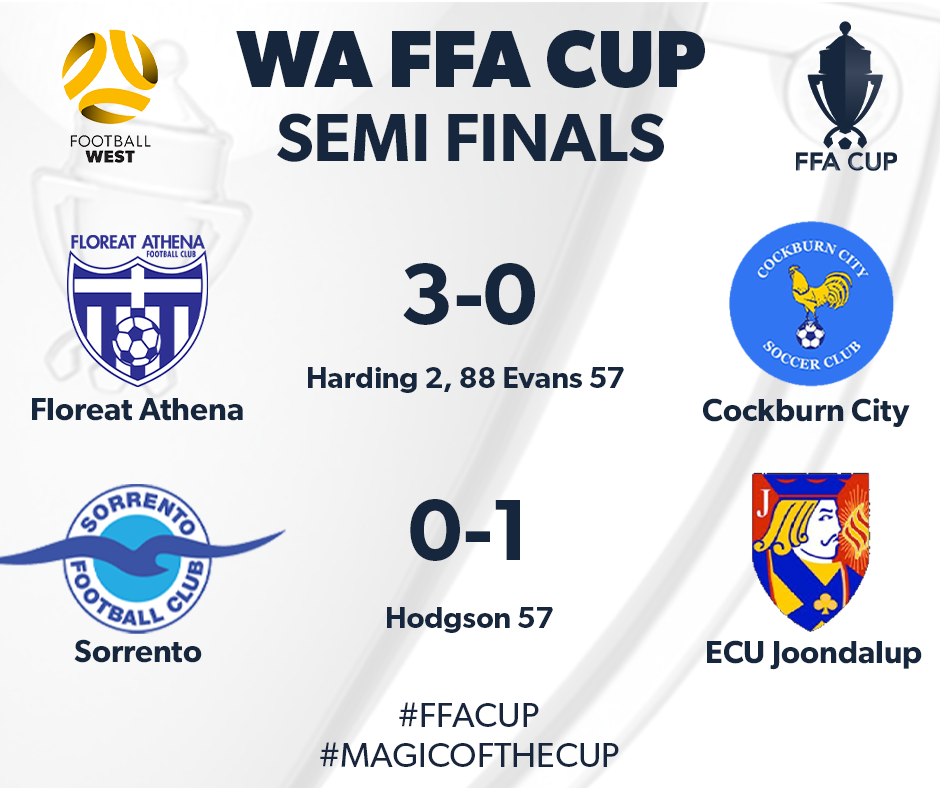