The CommBank Junior Matildas are AFF Champions. A strong 2-0 victory over Vietnam in the finals saw them extend their undefeated tournament run and raise the inaugural AFF U18 Women's Championship Trophy.

Subiaco goalkeeper Zara Board and Hyundai NTC midfielder Georgia Cassidy were part of the triumphant squad in Indonesia.

"I could not be any prouder of the entire team... The playing group and wonderful support staff that make up the Junior Matildas," an elated Head Coach Rae Dower said after the match.

"I feel truly blessed that I get to come to work every day and work with these exceptional young women, supported by a professional staff who are absolute gold in their respective fields, allowing the girls to thrive in this environment."

The CommBank Junior Matildas conceded only one goal throughout the entire tournament from an audacious free kick from Myanmar in the third match. No goals were conceded in open play.

"We built into the tournament as it went on, and the players worked really hard, taking the learning moments out of each match and applying it in the next," Dower continued.

"To go through the tournament undefeated is a great reward for all their hard work and we were able to give every player vital match minutes and exposure to international football.  Our depth in the team was great enough to start with two completely different teams in the first two matches.

"To not concede a goal in open play throughout the entire tournament is a real testament to their winning mentality and that CommBank Matildas' 'Never Say Die' attitude." 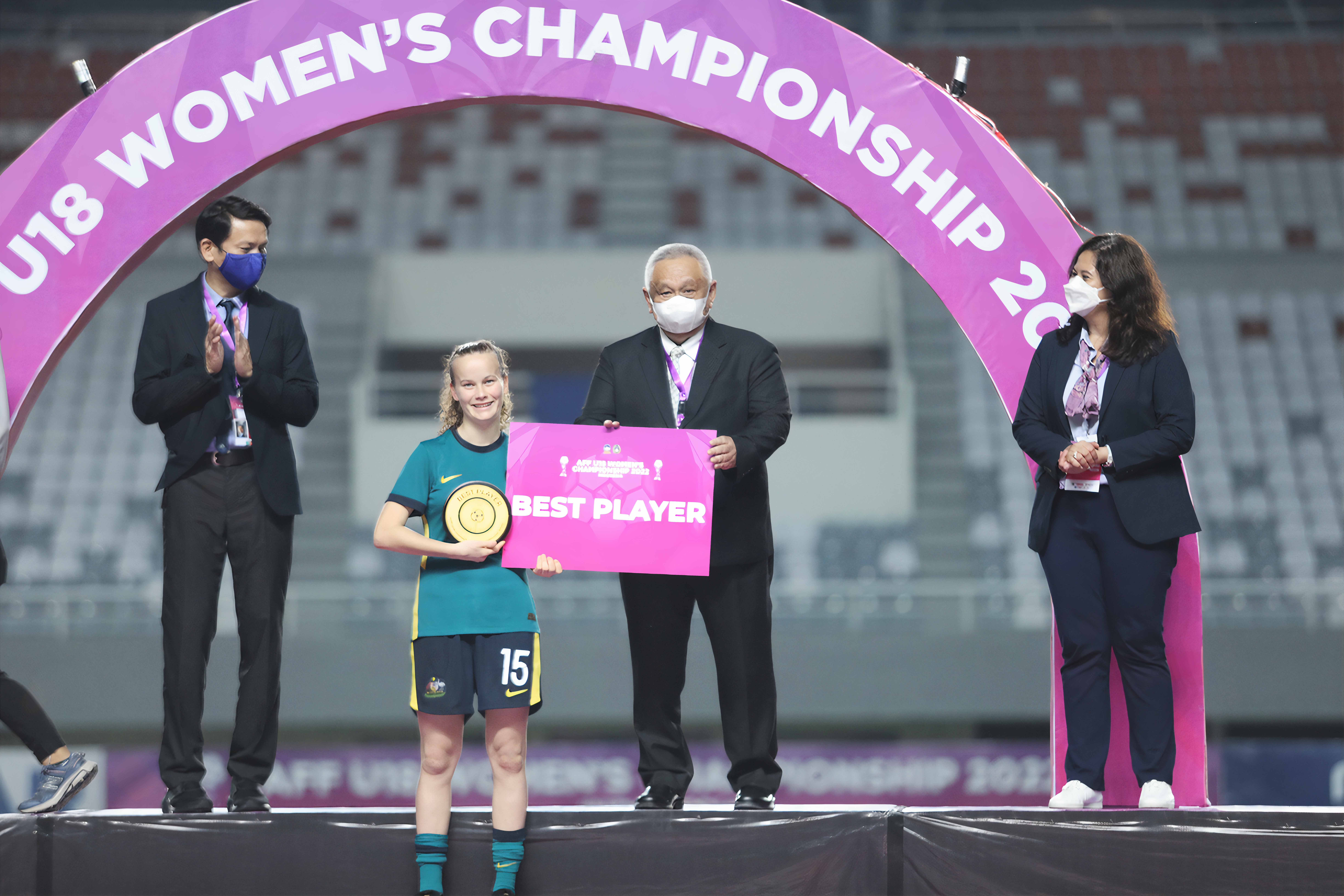 Dower spoke earlier in the tournament about the rising quality of football from Southeast Asian nations, with finals opponents, Vietnam, no exception.

"The final was another hard-fought contest with a skillful Vietnam who were dangerous on the counter-attack. The extra-time victory against Thailand left us with some heavy legs and we had to rotate a few players into the starting line-up and empty the bench as the match wore on," she said.

"Another two quality goals to add to the tally throughout the tournament led to being deserving winners tonight and Champions overall.

"Special shout out to co-captain, Shay Hollman who was named Player of the Tournament for her tireless efforts in the midfield and helping to lead the players on and off the field."

Due to the pandemic, it had been three years since the CommBank Junior Matildas were able to play in an international competition, with some followers of women's football perceiving a growing performance gap from junior to senior national team.

Dower and her young side were able to prove that despite all odds, the kids are alright. 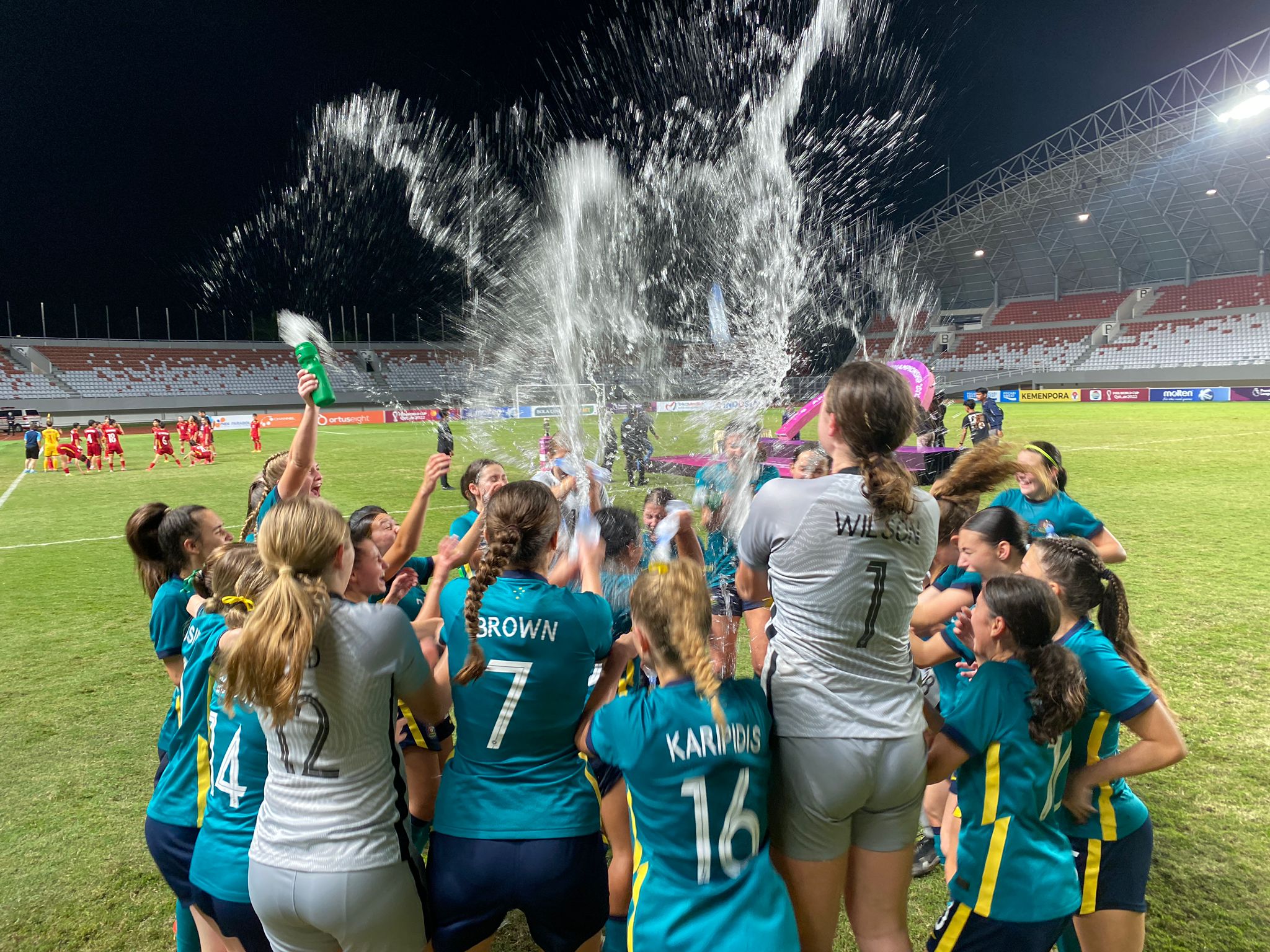 "We were the youngest team at the tournament and deliberately set out to include players in the current Junior Matildas' age group, who have been denied any opportunities the past three years.

"Our only 18-year-old was Silver Bell Morris who would have been selected in the 2019 U16 Asian Cup alongside the likes of Jess Nash if not for some documentation issues.  Silver deserved her opportunity and I was excited I got the chance to work with her, albeit a couple of years later than planned."

She also shared that Dower and her team knew early on, this group of girls were an exciting prospect for the future of women's football.

"When we first saw this group of players back in 2019, we were so excited and couldn't wait to work with them," Dower said.

"I said from that point on, they were the best group of young players I have seen in my 45 years in the game, but then the pandemic hit and it took nearly three years to play our first game together, which was in this tournament, against the Philippines only 12 days ago." 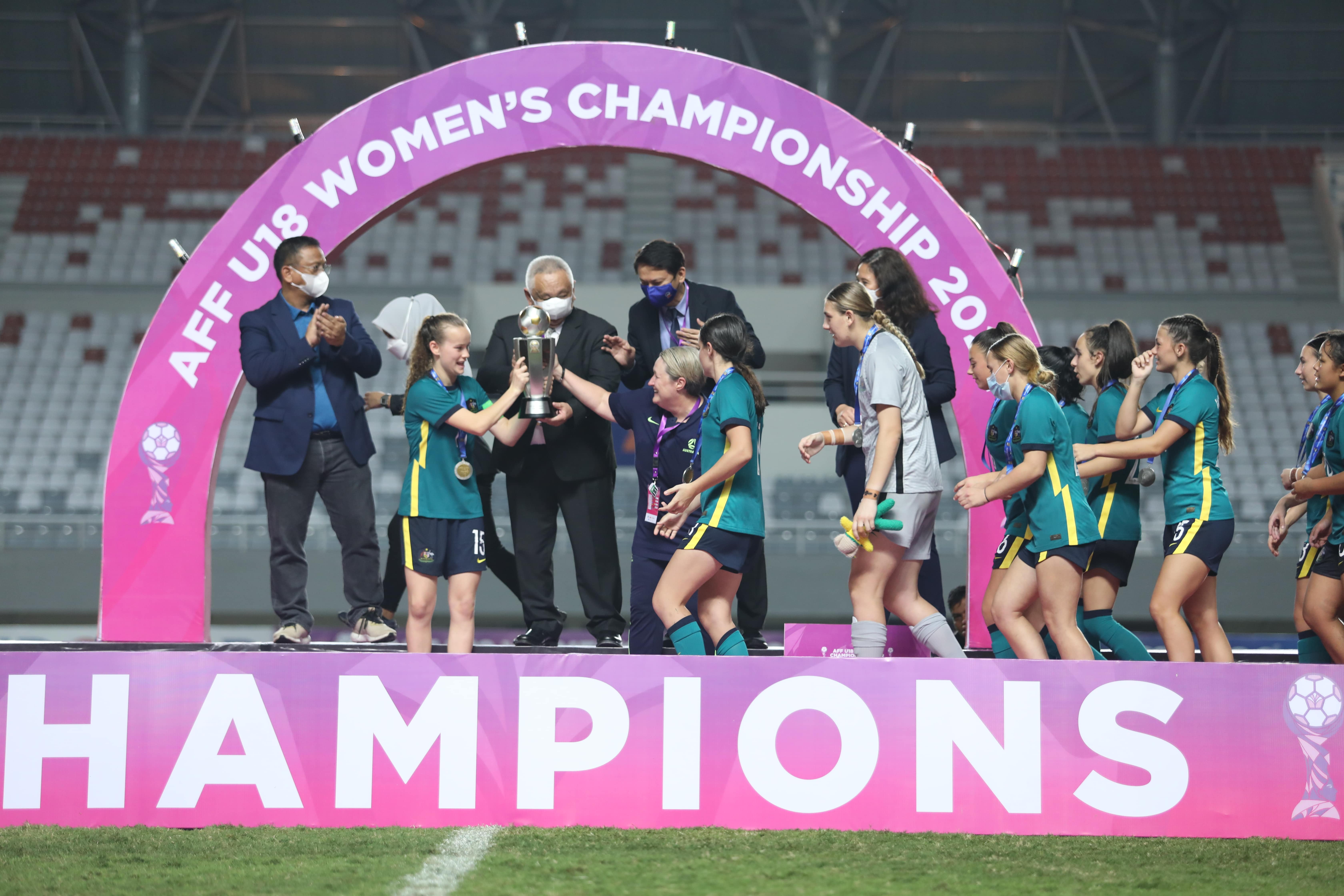 Dower went on to speak about the depth of the squad and the fact that there were many incredible players who weren't selected for this tournament. This was not due to lack of quality, but due to the sheer blanket of talent in the age group.

"Six of the playing cohort have already catapulted to the FIFA U20's WWC and we had a further 60 players come through camps these last four months. Such is the depth of talent across this age group that some really good players were left out on this occasion," Dower continued.

"My wish now is that we can build on this result. This is only the beginning for these players and I hope that we can continue to provide opportunities to develop and nurture them to reach their full potential.

"I have no doubt that a number of these players will go on to achieve higher honours, the future of women's football in Australia is bright and in really good hands."