Australia Cup glory up for grabs 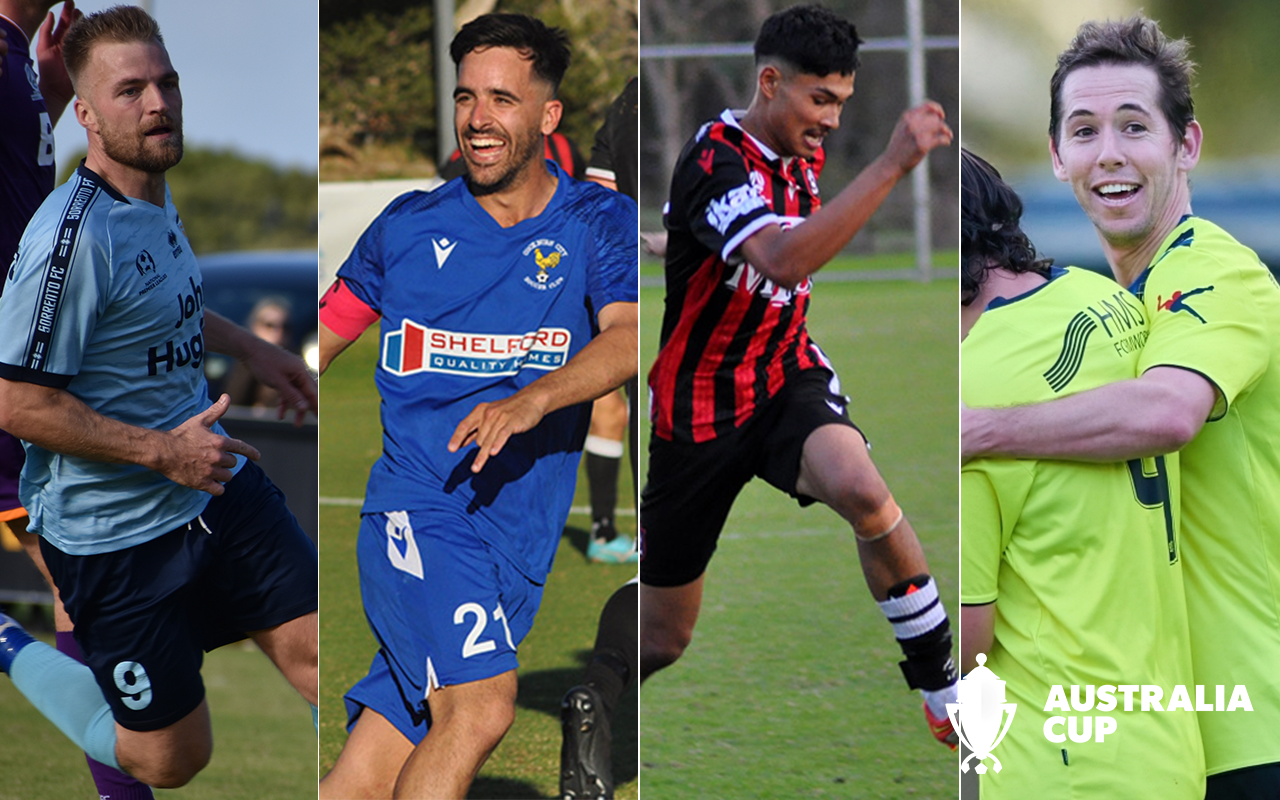 Two places on the national stage of the Australia Cup are up for grabs tonight as the WA Preliminary rounds draw to a close.

The winners of the Sorrento v Cockburn and Armadale v Bayswater ties will also meet in the State Cup final next month.

However, it is the dangling carrot of a potential trip over east, or the chance to go up against an A-League side in the Round of 32, which especially excites players and officials alike.

All four teams left in the competition have had a taste of the big time.

Sorrento will be aiming to reach the national stage for a third time. They went down to A-League side Sydney FC 2-0 in 2015, while two years later they became the first, and still only, NPLWA club to advance to the Round of 16 when they eliminated Canberra United 1-0 thanks to an early Sean Canham goal.

The Gulls led the league after eight rounds but have only won once in their last five league outings, a 4-2 victory against tonight’s opponents Cockburn. Their cup run has seen them knock out current league leaders Perth RedStar, followed by Amateur side Emerald and Division One Murdoch University Melville. Chris Jackson has scored seven times in those three ties.

Cockburn, who reached this stage of the then FFA Cup last season, appeared in the Round of 32 in 2016 when they travelled to face Melbourne Knights and gave a good account of themselves before going down 2-1.

They are led by Mirko Jelicic, who previously coached within the Uzbekistan national team set-up and at Lokomotiv Tashkent, where he had league and cup success. The Cockerels may be 10th in the league, but have claimed the scalps of the current top two this season in RedStar and Floreat and should not be underestimated after knocking out Stirling Macedonia in the quarter-finals.

That fixture will be played at Sorrento’s home of Percy Doyle Reserve. 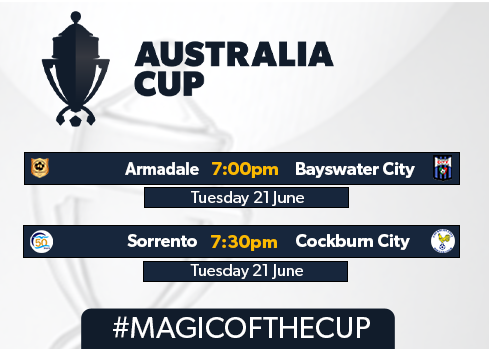 The other game sees Armadale welcome Bayswater to Alfred Skeet Reserve with the mood high after John O’Reilly’s side celebrated the club’s 50th anniversary in style on Saturday with a 3-0 league win over Sorrento.

Armadale have lost only once in their last 11 games in all competition, with wins over fellow NPL sides Perth SC and Inglewood along the way in the Australia Cup. They won the State Cup as recently as 2018 en route to a Round of 32 clash away at Cairns FC, where they were well beaten.

Tonight they play Bayswater City, who had been in good nick  prior to Saturday’s 4-0 reverse to RedStar. But Gareth Naven’s side are still in the thick of the title race and have the league’s second-best attack, which is led by former Perth Glory striker Ndumba Makeche.

This is their first NPL test in the competition, after wins over Wanneroo City, Kingsley Westside and Western Knights in the earlier rounds, scoring 22 goals across the journey. Like Sorrento, they will be aiming to make the Round of 32 for the third time, after exits to Brisbane Olympic in 2019 and Melbourne Victory in 2014.