Football West welcomes this morning’s positive and exciting news from Western Australia Premier Mark McGowan which gives us a clear path towards the recommencement of our 2020 football season.

Mr McGowan announced a further lifting of restrictions from Monday, 18 May, some of which will have a great bearing on football in WA.

This follows on from the Prime Minister’s three-stage road map for reopening Australia, which was released on Friday, and is reward for the manner in which people in WA have followed government guidelines on COVID-19. 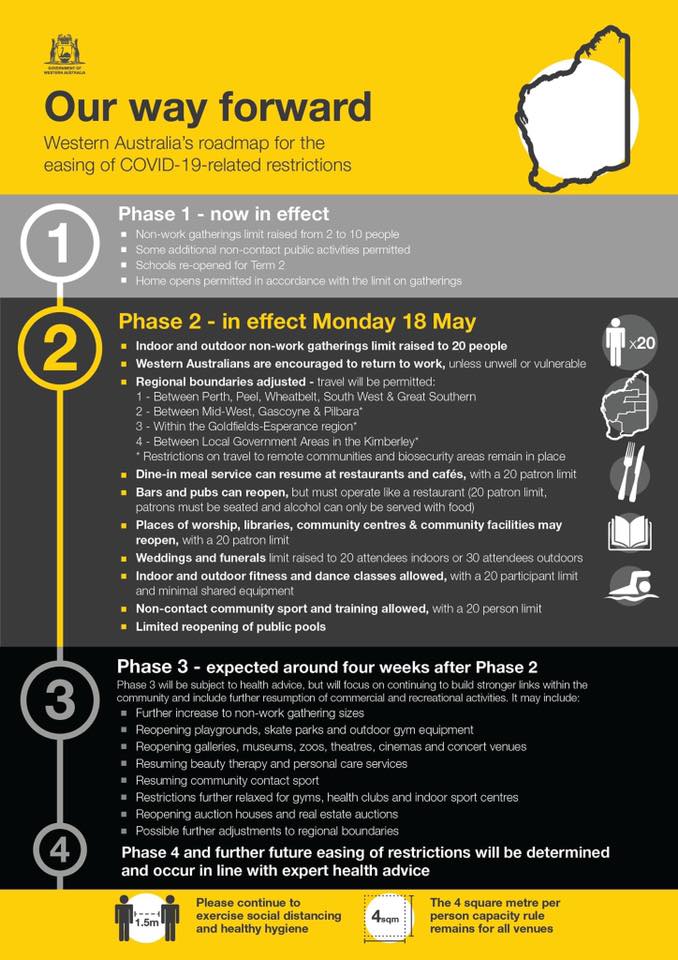 Members of the WA football community have played their part in full and your patience and understanding during this difficult period have been commendable.

There were two points in the Premier’s announcement today which were of particular interest for everyone involved in football in this state.

The first was that the limit on indoor and outdoor gatherings will be lifted from 10 to 20 people from a week tomorrow.

Allowing gatherings of up to 20 people means community clubs can conduct non-contact training sessions with ALL players in a team together. Safe social distancing rules will still apply but it will be fantastic for Associations, clubs and coaches to have all of their players able to train in one place.

The second point from the Premier was that, four weeks later, contact sport will again be permitted.

In essence, this can be viewed as a month-long pre-season as we build towards bringing back our formal competitions. 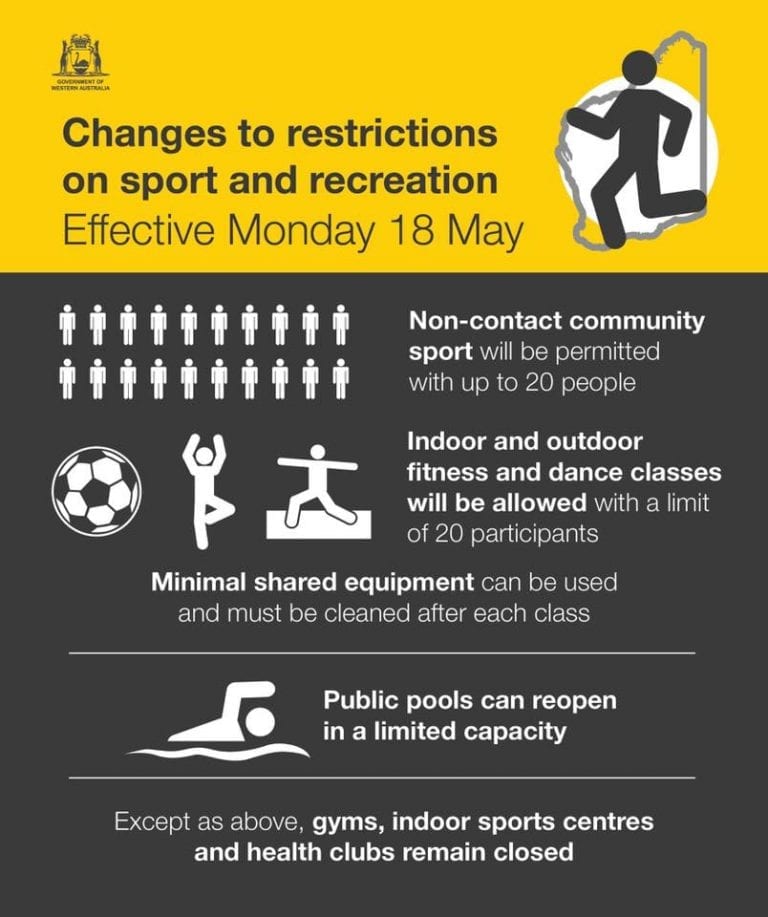 Of course, there is a lot of planning and hard work which must be done to get there and clubs must consult with their land managers to ensure they have access to their venues. Football West recognises this is an issue and we will work with our clubs and local councils to try to resolve it.

Football West urges everyone in the community not to drop our guard. We must all continue to follow the expert health guidelines, practise safe social distancing and stay home if we are feeling unwell. We have come too far to fail now.