n its 8th successive year, the event was hosted by Football West and Paydirt Media provided an opportunity for members of the public to join conference delegates in celebrating African cultures.

Teams representing Perth’s African communities participated in a 5-a side soccer match as they competed in a round-robin tournament culminating in the final at the end of the day.

The Africa Down Under Cup also featured African food, drum circle performance and music and was open to all members of the public from 2:30pm to 7.30pm on event day. 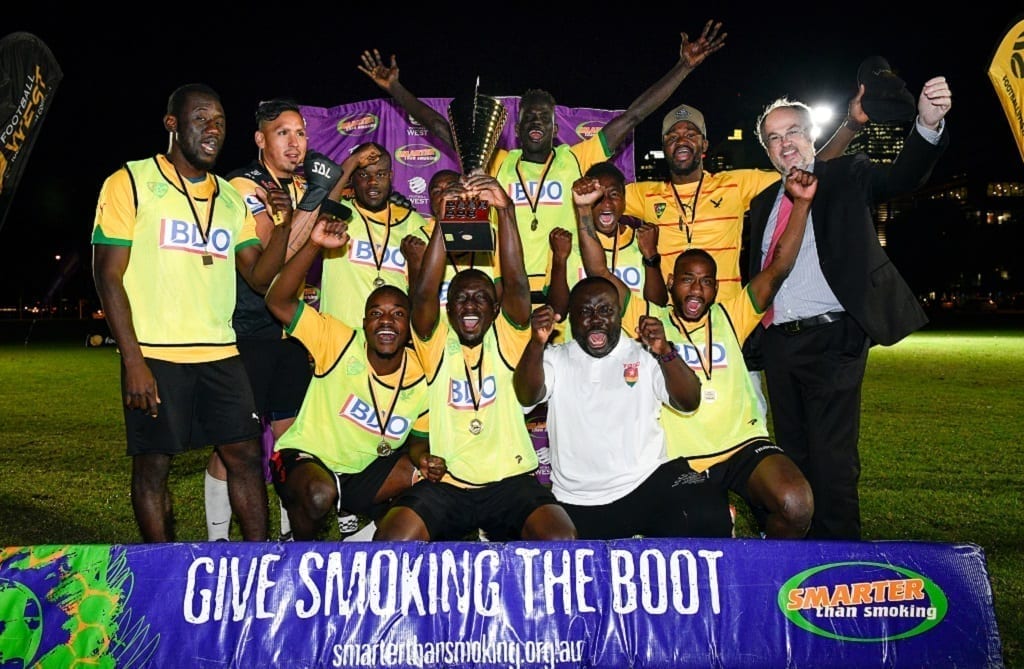 n the Men’s tournament TOGO successfully defended their ADU triumph from 2018, beating Kenya 2-0 in the 2019 final.

The 1st edition of the Women’s competition was on display this year. A round robin match format was in place and the team finishing with the highest points winning the competition. Group winners were declared the winners of the competition.

Uganda emerged Winners of the women’s competition and Seychelles Runners Up.

We are looking forward to AFRICA DOWN UNDER 2020 already 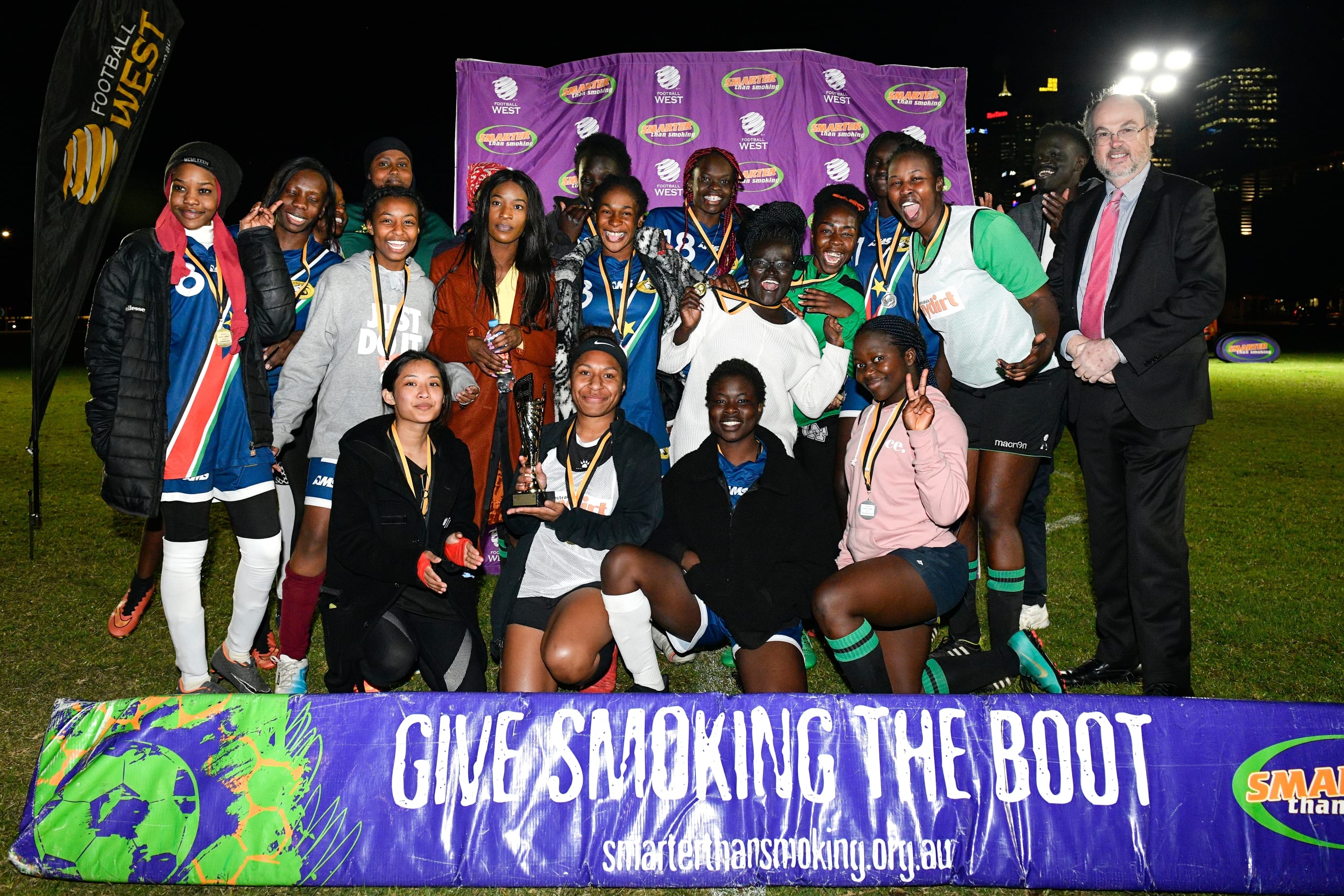